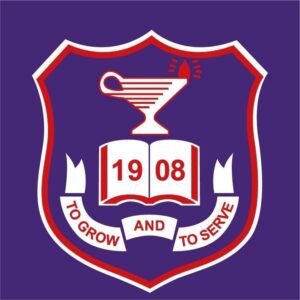 The purpose of the Academy was to provide a Christian education , which encompassed not only academic training, but also a focus on a Christian way of living. Students graduating from the Academy were taught to be tolerant, respectful and to serve the community whilst upholding high ideals and morals. Similar values underpin our ethos today, with a strong focus on character building and conduct, embodied in our school motto “To Grow and To Serve”.

Although the Academy was originally intended as a boys’ school, a girls’ department was opened in 1916 using the mission chapel. The initial experiment was short-lived and the girls’ department closed in 1919 but re-opened ten years later. The boy’s section continued to grow as did the number of buildings on the present site. During the Second World War, the school was temporarily transferred to the village of Lefkara where it was housed in various buildings between 1941 and 1943.

In 1975 the control of the School, and all its facilities, was handed over to the American Academy Alumni Foundation, since which time it has been run as a non-profit making organisation with charitable status by its own graduates. Governance is undertaken by 11 elected members and two representatives of the original mission church.

To Grow And To Serve

To develop responsible citizens who contribute positively to the community.

Respect for others, demonstrated by: